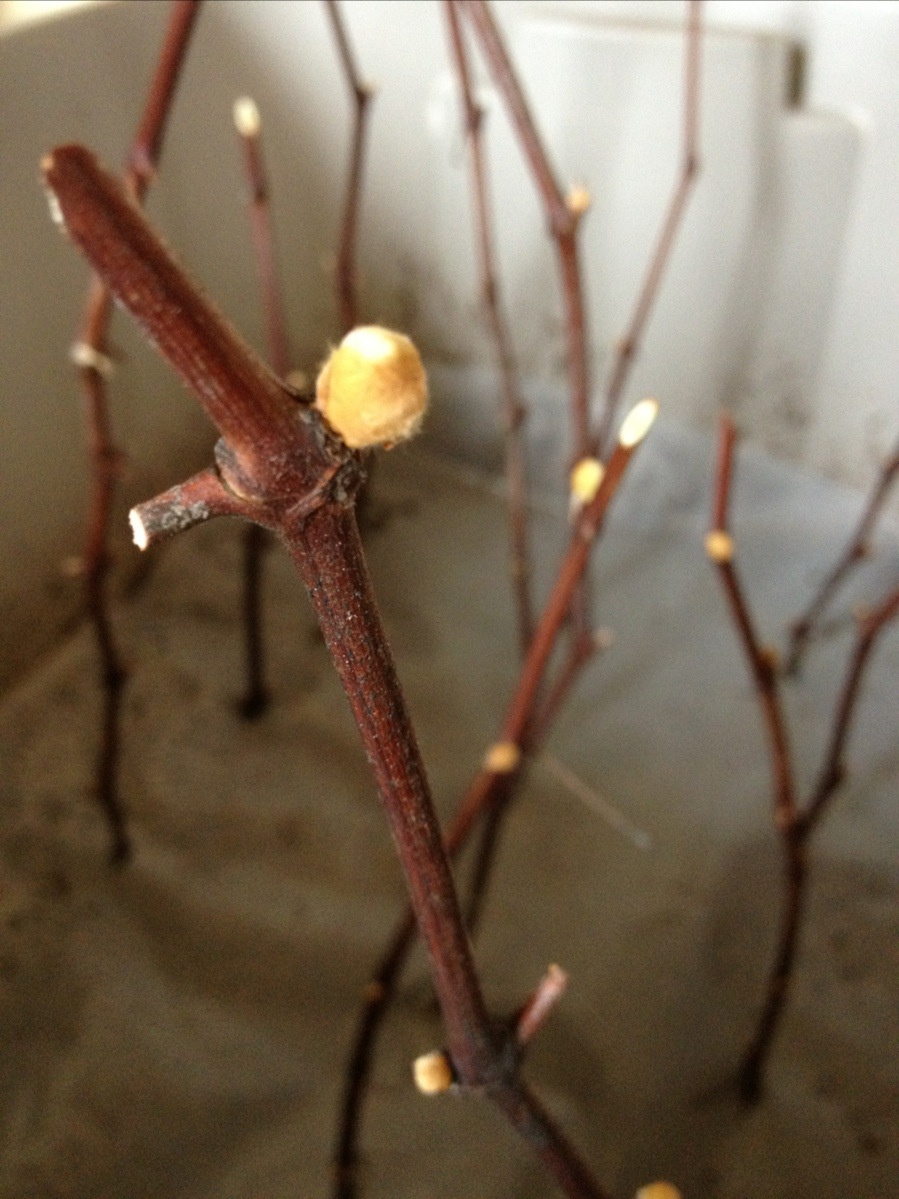 When I was pruning the vineyard last week, there were some vines out there that just haven’t taken off, even after two growing seasons. So I took a few cuttings from some healthier vines and I’m attempting to root them indoors over the next few months. If they take root, I’ll try to plant them in May. They’ve been in soil for less than a week and buds are already starting to swell.